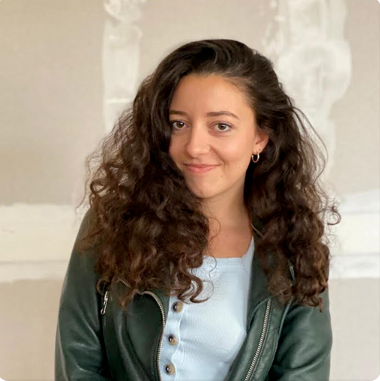 As Urals flows to Europe are drying up, being partly replaced by a ramp-up and re-routing of Johan Sverdrup deliveries, Russian crude supply should decline from December onwards. Moreover, a short-term supply disruption was resolved, after a dispute between the Turkish government and a club of WoS maritime insurers caused a backlog of 15-30 vessels in the Turkish straits.

Even though in early December, the European Union and the G7 agreed to cap the price of Russian seaborne oil at $60/bbl, we believe that it will have almost no practical impacts due to the discrepancy between FOB and DES prices as well as the likely emergence of shipping shell companies and new insurance actors. Still, the price cap has had an indirect but tangible effect in the form of cargo congestion this month. This came as Turkey issued a request that from 1 December onwards, cargoes passing through the Turkish straits from the Black Sea would need to provide proof of insurance. As the international group of P&I clubs disputed this decision, a build-up of vessels emerged since 5 December, temporarily peaking above 15 tankers. To be more precise, the P&I clubs refused to provide the required documentation, including the tanker, cargo and voyage details and a sailing plan, arguing that it would go well beyond usual requirements. This week, an agreement between the two parties was reached on the exact wording of insurance confirmation letters, resolving the standoff and hence allowing ships carrying crude oil cargoes to continue their voyages through Turkish-controlled waters.

In the meantime, over H1 December, Russian seaborne crude exports have trended at suppressed levels of 2.66 Mbd, with some 50% of these volumes headed to India and 30% departing to China. Going forward, we see flows to these countries strengthen more and various new buyers emerge, including Indonesia, Sri Lanka, Brazil and Pakistan. As the EU embargo and the price cap are being enforced and amid reduced demand in China, Russian crude and condensate production will likely be curtailed. Our current estimates see Russian supply dropping from 10.87 Mbd in November to 10.32 Mbd in December, remaining on a downwards trend over Q1 2023 until hitting a low of 10 Mbd in April next year.

As Russian crude flows to the EU-27 have been declining sharply over the past months, currently at 130 kbd in December (but only due to three Urals cargoes departing to Lukoil’s Burgas refinery in Bulgaria), the medium sour Johan Sverdrup has served as an Urals substitute for many European refiners. Since March this year, Johan Sverdrup flows to EU-27 averaged 415 kbd (260 kbd higher y/y), while departures towards Asia were slashed. Johan Sverdrup deliveries to China, historically the largest recipient of the grade, moved from a 2021 average of 200 kbd to a complete halt in June-August and to an average of 90 kbd over the past three months. This came amid an unworkable arbitrage to the EoS, with the Brent-Dubai EFS averaging $7.5/bbl in October-November. After falling by 70 kbd m/m in November, total Johan Sverdrup exports are trending at very depressed levels so far in December, with flows at 300 kbd in the week beginning 5 December (4 WMA at multi-month low), even though loading schedules indicated that exports should rise by 9% m/m in December to 640 kbd. One explanation is that there has been a slight delay in the start-up of phase 2 of Johan Sverdrup field, translating into lower outflows at the beginning of the month. Equinor stated on 15 December that the entire JS field is now onstream, and so we can expect higher exports to set in soon. The start-up of a second phase of development at the Johan Sverdrup field should boost capacity from 535 kbd to 755 kbd, bringing output significantly higher at the turn of the year, reflected in the January loading programme for Johan Sverdrup at 700 kbd (+10% m/m) (Argus Media). Our estimates are seeing Norway crude and condensate output increase to 1.92 Mbd in December (+10 % m/m, +170 kbd m/m) and average 1.98 during Q1 2023.

Northwest European countries have largely replaced Chinese buyers since March, with most shipments departing towards Poland, Germany and Finland.